Let Sterling Equipment handle your company's waterborne material transportation needs. We have an experienced management and operations team that can set up material delivery to your worksite based on your project schedule and material quantities, in order to maximize your build schedule.

In 2010, Sterling Equipment designed and managed the entire logistics train for 86 precast beams to be delivered from a manufacturing plant in Tennessee to the job site in Tiverton, RI for Cardi Corporation's $160 million Sakonnet River Bridge project.

The beams were delivered by truck to our load site in Wilmington, NC in a specific sequence, in order to conform to the load plan designed by our Naval Architect. The beams weighed up to 103 tons and were up to 80’ in length.

Once the beams reached the load site, we used our own barge mounted 4100 Ringer Crane to load them onto 2 of our ABS load line barges.

We tandem towed the barges to the job site on the Sakonnet River in Tiverton, RI, (which was over 800 miles away from the manufacturing plant in Tennessee) using our 2,400 hp tug Jay Michael. Because we brought a large quantity of beams by barge, we saved the Cardi Corporation the delivery costs associated with 86 trucks, and we eliminated the scheduling of the truck deliveries as well as the need for a substantial laydown area.

We also have the ability to handle smaller jobs, mobilizing equipment and personnel to jobsites that are not accessible by roadway. 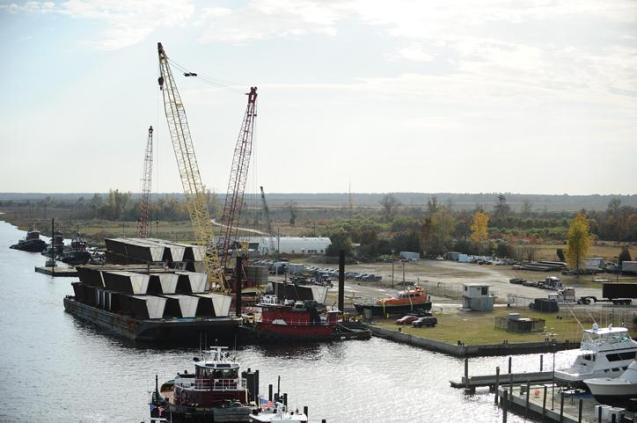 In 2016, Sterling Equipment entered into a subcontract agreement with Ferreira Construction to transport and offload 250,000 tons of gravel from a facility in Haverstraw, NY on the Hudson River to a project site in Sewaren, NJ on the Arthur Kill. We transported 3,000 tons of gravel per day with our tug and hopper barge fleet. Because there was no pier or dock onsite in Sewaren, we set up two spud barges with an excavator and conveyor and offloaded the material 150' to shore. 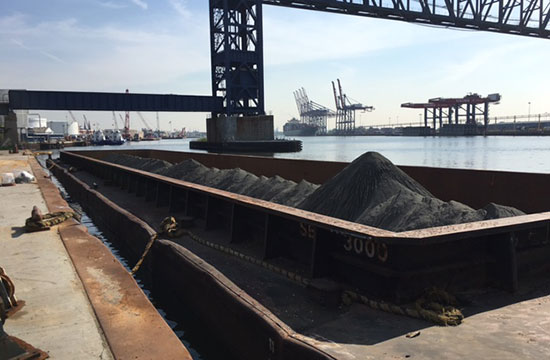 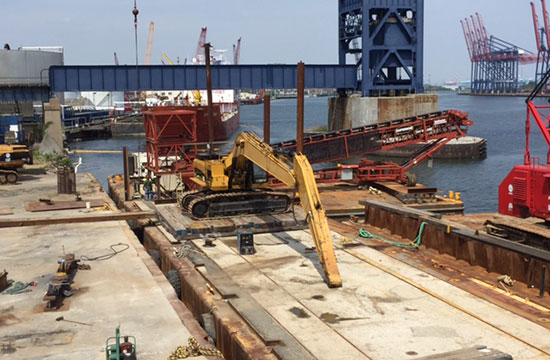 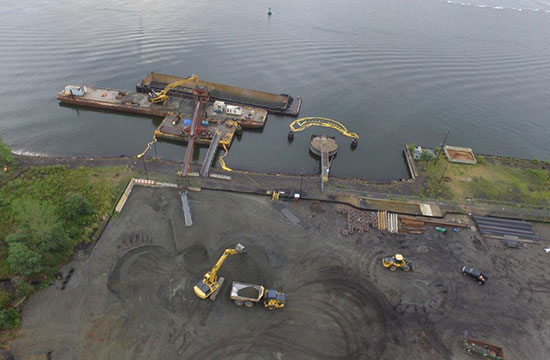 In November 2016, Sterling Equipment took delivery of a PDC Building at our Quincy facility. The structure was 60' long x 15' wide x 13' tall and weighed 120,000 lbs. We offloaded the structure at our yard, loaded it onto a barge and transported it to Salem, MA. When it arrived in Salem, we used 2 300-ton cranes mounted on barges and offloaded it onto a pier that was 50' onshore. that was 50’ onshore. 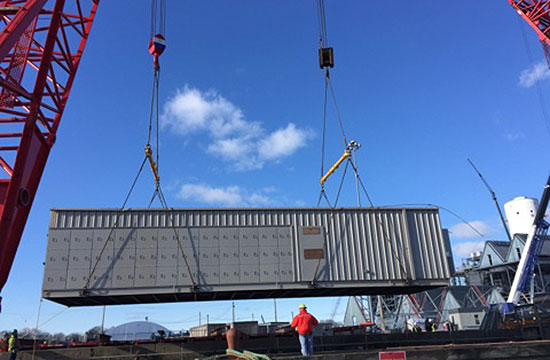 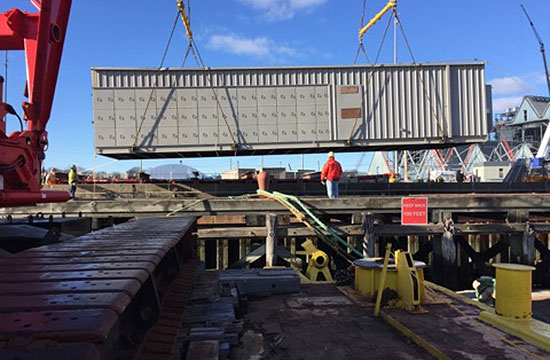 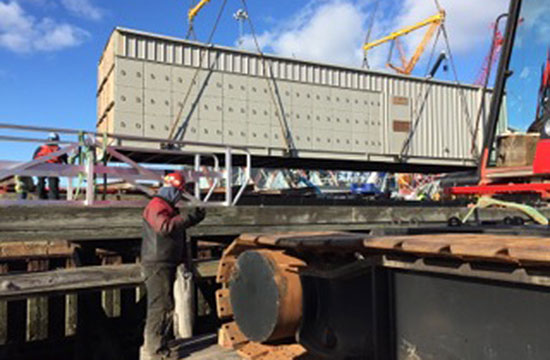 In February 2017, Sterling Equipment entered into a contract with Meever USA to transport 650 tons of steel pipe that was 115' long and 36" diameter. We supplied an ABS barge and tugboat along with loading supervising personnel, to transport the pipe from Tioga Terminals in Philadelphia, PA to Astoria, Queens, NY. 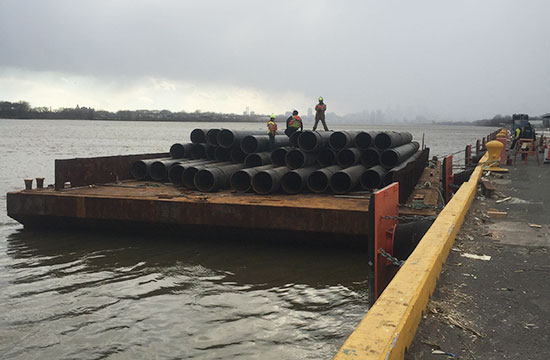